And so we finished where we began, at the Royal Van in Jericho Bay. We were asking when the next ICOYC cruise might be scheduled because it is something many of us would like to do again.

I have to put it in writing that the despite what you might hear, the Death by chocolate was not the highlight of the trip, but it was certainly in the top ten. It was about 46 nautical miles in the rain. The Enchanted crew were enclosed in clears to keep out the miserable weather. We were happy to be going to an outstation with all the amenities of home. We could get off the boat and make our way to the lovely club house and sit and watch the rain. It cleared up during the late afternoon, and it was time to crack open a bottle of bubbles and toast our hosts.

We were happy to go to a nearby restaurant in the evening. The Australian crew of Corus met us for dinner coming over by dinghy, as well as about half the flotilla. We completely filled the dining room. Protocols were discussed and reiterated, even the yachting guides err on the side of detailed strategies.

We left in the pre-dawn darkness from Harmony Bay, so that we would reach Malibu Rapids at slack tide. Malibu Rapids often has a 9-knot current ripping through a boulder sided narrows, we wanted to be sure to be there at the right time. Once you get to the rapids, you enter the granite fjord of Princess Louisa inlet, it was chilly and the clouds were at mast height but we were all ready to go through the rapids. We let all the outgoing boats go through and then went through the rapids.

We think because of the lack of rain in previous months, it was only about knots of current. It was an anticlimax. Was that it? We were all impressed by the thundering falls and the misty landscapes. This is granite fjord country crafted by glaciers. Over the next two days we saw elegant Blue Herons fishing, a seal catching a giant silver salmon and bashing it from side to side on the water to stun it and raptors soaring over head.

The lushness around the falls creates moss and lichen on every surface. We took dinghies back to Malibu rapids to visit the Youth camp and see the rapids from above. Still not nine knots but a bit more formidable. We met a hiker and asked how he came to Chatterbox Falls, replete in backpack and tent, he said float plane.

He would go for his hike and then take the ferry back. Hiking through the trees was muddy but lush. Needless to say, this was a highlight of BC. Remote and accessible. These islands are masses of granite, with forest going up from the waterline. Anchoring was a considered exercise because the water is so deep here. Canadian yachting said nearby Hotham Sound was 2, ft deep.

A glacier had etched the islands out of granite mountains. Once anchored, everyone except the photographer went for a swim and there were a few squeals at the 17 C degree water. The skippers meeting was a cosy get-together with all hands, on the Starship- Malaika raft up, to discuss the next days journey up to Princess Louisa inlet and strategies for crossing the rapids and enjoying the wine. 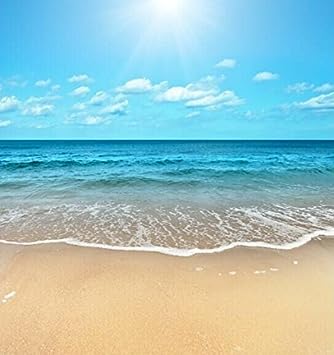 Seals kept their distance but continued to fish and as the sun lowered on the horizon, we went back to Enchanted to enjoy the sunset. Yachts came into the pontoon over the next several hours, with the first order of business being a Green box. In Australia, we meet on our boats most often but at the Outstations, we could all congregate on the dock. The main event at our Green box was Pam awarding all the boats their own windsock.

There was a story to every windsock and there was no doubt how much work had gone into it. But tonight we were all eating steaks underneath the Northern stars.


I am not aware of any Australian yacht club having a camping-gathering facility in another nearby waterway. They were an incredible resource to the flotilla cruise. There are walking trails, a open air pavilion and picnic tables. On the eastern shore there is a drying reef, with logs laid up against the reef, so no one would sail into it. When you are on the top of the island looking down, the eastern shore is on your right and the dock space is on your left. When we arrived people told us to hurry, Orcas were swimming on the far Eastern shore.

To say that everyone who saw the sight was stunned by what transpired. The photos were taken by another flotilla member, Jan Horhammer. Jan was gracious enough to allow me to use his photos to give you an idea of what occurred. When some of the early yachts arrived, there were a number of seals sunning themselves on the logs. Suddenly a large Orca swam near the dock, before ramming the inside of the logs, which saw several of the seals dive off out of reach. They seemed to think they had escaped the Orca. We did see a seal in the shallows but there was no evidence of the carnage that had taken place.

The Orcas were just out for a bite of lunch. Orca populations from the BC-Seattle area feed on Chinook salmon. We know, the word cruise is getting a bit overused this trip. Both are absolutely splendid, welcoming hosts. This cruise is a flotilla of yachts, motoring sailing in the splendid waters of the British Columbia Sunshine Coast. On day one, we start the never ending provisioning.

On day two, we leave for Vancouver, we are berthed in the Quayside Marina at Yalestown. Great place to catch the ferry or catch up with our friend Simon, who lives in Vancouver. We have a meet and greet at the Royal Van, and hear what the next ten days have in store for us. The best part of this flotilla is meeting people from all over and enjoying new places together.

The lanyards round our necks, had our names, yachts, clubs and the complete schedule on the back. When you consider we were going to a possible total of seventeen Outstations and several other anchorages, having a calendar was a brilliant idea. The Royal Van at Jericho put on a lovely drinks on the deck and canapes in the dining room. By the end of the evening, everyone was relaxed and ready to start the next adventure.

James and I loved cruising Alaska and British Columbia. We loved catching up with new friends and old. Fun and excitement were on the cards every day. The boy coughed, spluttered and opened his eyes.


The wave retreated but another was already mounting. Without warning the flashlight died. Oh hell, the water had reached her waist.

But it wasn't dark. A beam of direct sunlight shone down through the gap above. Debbie could see pieces of dust flickering around in the light and the white surf beneath. She glanced up. A wave almost touching the ceiling was right above her. The water broke. She was beneath it and being pushed forward. Her head broke surface to find Wilt spluttering and wheezing beside her. He turned and eyes focused on her. There was no more time for talk.

The retreating surf tugged against them but they both stood up. Wilt appeared somewhat disorientated but with Debbie's help, moved forward. The next breaker was smaller but the third again broke around them. Debbie glanced through the gloom. My God, the ledge was beside them only a foot above the water. She grabbed Wilt's hand and splashed sideways. Debbie grabbed a rock and scrambled forward. She felt hands lifting her feet. Wilt was helping. Gasping for breath, she brought a knee up to the ledge, propelled herself up and crawled forward towards the pile of supplies. She turned and found Wilt beside her.

They were both shivering and panting for breath. But the water never reached the ledge and they were safe. Debbie stared out. The shaft of light still shone down but now the only dry land was the tiny ledge they were wedged in. Wilt saw the clothes, two empty suitcases and food lying haphazardly around, one big mess but all dry. I said just to take me but they wouldn't listen, the cowardly bastards. Debbie never knew how stiff one become lying on the ground and also she subconsciously feared tipping off the side and woke numerous times. Sometimes Wilt spoke to her while at other times he was asleep.

The water rose in the darkness and looked scary when Debbie shone the flashlight over it. It was as if they were on a small rock in the middle of a vast ocean. She must have fallen asleep for she woke to find Wilt's reassuring arm around her.